In post-Soviet Ukraine, there have been many struggles. When a small team of church planters turned up in the regional town of Kaharlyk, it took a number of years to break through the remnants of governmental oppression. Then in 2003, a new adventure began when they started to engage the local community with innovative ways to meet felt needs that created income, helped instil pride in the local town and cleaned up the environment. A local saying states, “Necessity is the mother of invention” and that was certainly true in this case. Firstly, there was not enough money to even pay for heating in the church during the long, cold, winter months. Secondly, there was an extremely high level of unemployment amongst the locals, including believers. Thirdly, the town was very untidy with piles of leaves, weeds and other garbage that was often disposed of by open air incineration in the streets.

The first ‘out of the box’ idea was to use green waste like grass, leaves and food waste to create biogas to heat the church. Then came the ideas of biodiesel from used french-fry oil and cultivating mushrooms, which the team started off growing in the church basement! Wayne Zschech, who is now the field leader of OM Ukraine, recalls, “We had mushrooms coming out of our ears!” As a side activity, they bought a couple of little push lawnmowers and a whipper-snipper (line trimmer) to mow unkempt grassy and weedy areas in town. That idea was met with mixed bewilderment and approval, inspiring the town’s mayor to present the church with an award publicly and then personally investing in the proposed town beautification.

However, it certainly has not been plain sailing. The mushroom enterprise was booming after moving operations to an old vegetable warehouse, where ten tons of mushrooms were harvested every month. Plus, 25 people–half of whom were believers in Jesus–were employed there. Sadly, the company making mushroom substrate started cutting corners and supplying a poorly prepared product. Button mushrooms compete very poorly with other organisms, making the enterprise unprofitable. With the supplier refusing to take any responsibility for the bad batches, the writing was on the wall and the business went broke. For the workers, this was simply devastating. They had finally been receiving regular income and, against hope, had begun to have hope for the future.

The next victim was the biodiesel enterprise. It had grown to 35 tonnes per month and was making good profits. Everyone in the town knew about the diesel trucks and tractors that smelt like fried chicken! However, in the fallout after the 2014 “Revolution of Dignity”, Russia’s annexation of Crimea and the ensuing war in the east of the country, Ukraine once again fell into deep economic financial crisis and this innovative endeavour also closed.

More than three years later, Wayne can still feel the pain of that time, but has not given up his belief in community transformation through Christian enterprise and workplace discipleship. The revolution became a catalyst to dig deep and find an innovative way to harness the abundance of local resources (in this case waste) and create something useful and marketable from it. The project is called, “Clean Soul – Clean City.” The initial stages use a zero-waste approach to turn the green waste into a rich organic fertilizer for fields and gardens using grinders, composting and worms. A long-term goal would be to get all the local townsfolk on board to eliminate the burning of waste and reduce air pollution. What is really exciting is that other organic processes, like oyster mushroom cultivation, green houses and aquaponics can be seamlessly dovetailed into this project, creating new jobs and income streams. That is the vision for the future and OM Ukraine is looking for someone to champion this green initiative.

By far the biggest undertaking is the pyrolysis project. Garbage is a huge problem in Ukraine where there are almost zero processing facilities for the entire country. It is common practise to see piles of uncollected household rubbish as well as mixed piles of leaves and litter. These piles in the streets often aren’t collected but instead simply get burnt. When there are plastics in them, the toxic smoke is unbearable. Locals complain, but there aren’t any available alternatives.

Pyrolysis is an effective and safe way to deal with environmentally troublesome, often odorous, waste. Rather, this process involves heating waste in the absence of oxygen to produce combustible gases, liquid and solid fuel. Converting plastics to liquid fuel is a viable way to deal with end-of-life mixed waste plastics streams. “This project has been more than three years in the making. We constructed our first prototype in 2015, and over the course of a year, we modified it 46 times! Then we set to work on creating the commercial unit,” said Wayne, “It continues to be a real journey of faith, but, every month, God has somehow been supplying the finances to somehow keep things moving forward… and we are nearly there!”

The team wants to inspire locals by example to generate income that will holistically impact communities, and enable them to disciple others into missions. Their project to install solar panels on part of the church property is one such example, where a 21kW PV solar array has been installed. This saves considerable money for the local church during the with winter months and, from early spring till mid fall, it generates much needed income. “We still need 36 more panels to complete the project,” reported Wayne. “Solar is a mature technology that does not need much maintenance. This is a great opportunity for creating sustainable passive income, which the church can convert into finance for ministry and missions in Ukraine.”

By becoming practical catalysts for transformation in the community, using a holistic, faith-based approach, sustainable missions could be one step closer for believers in Ukraine, as well as providing a strong witness for Christ to the least reached in the community.

The factory hall in Kaharlyk, where the pyrolysis process converts plastic waste into liquid fuel. 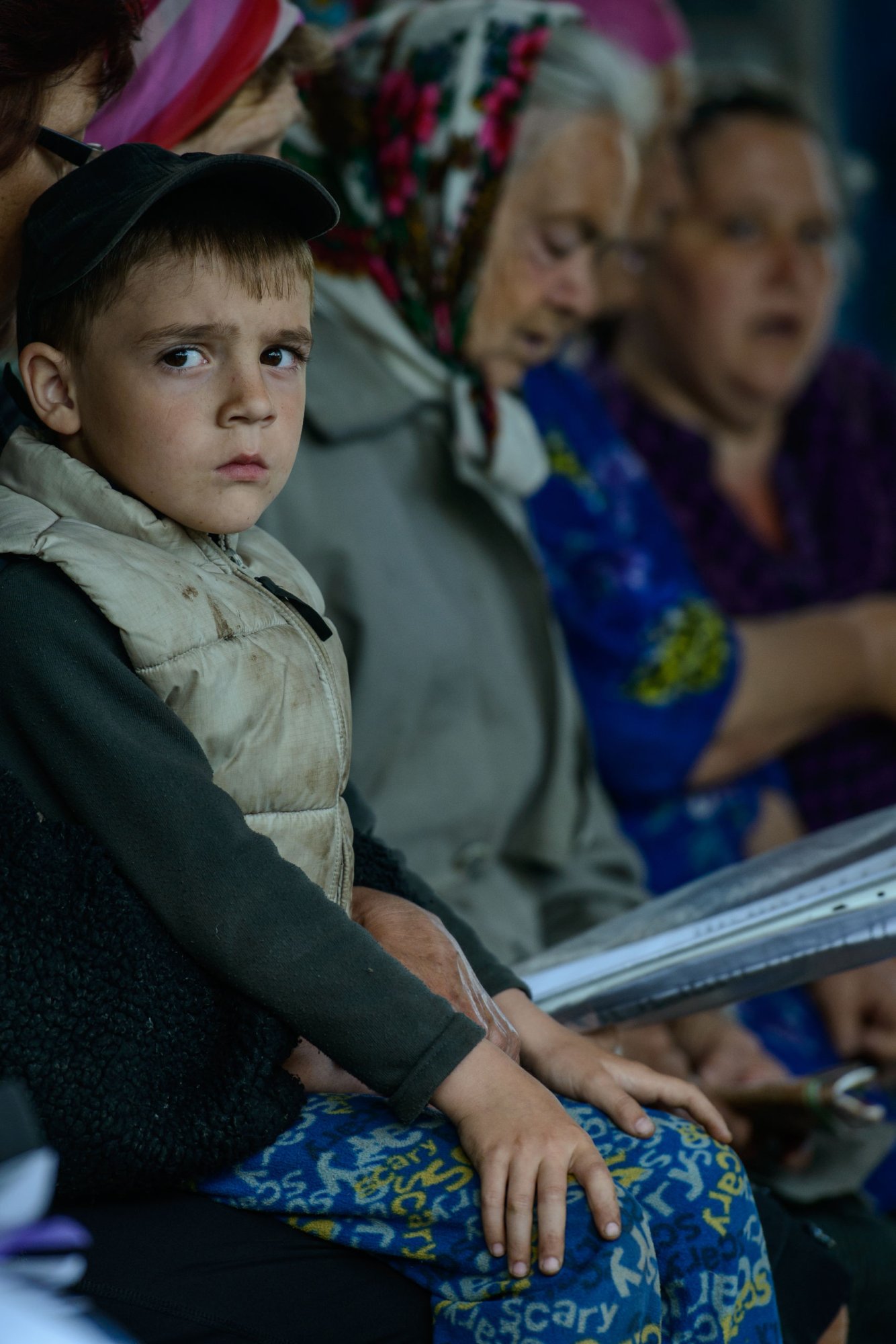 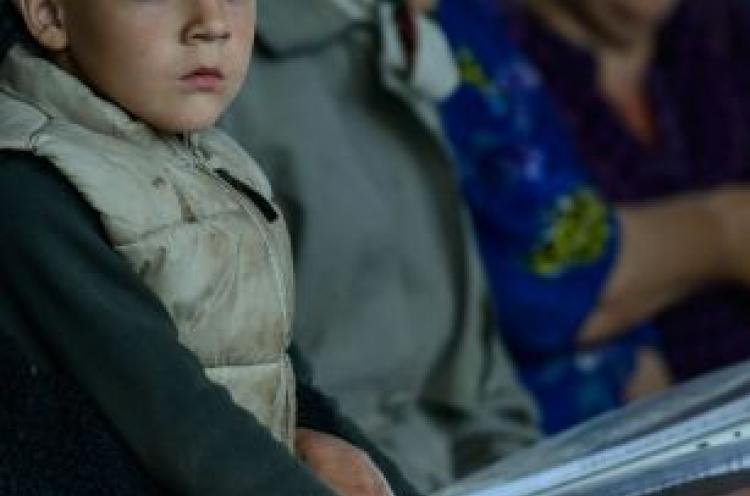 After a trip to repair war damaged churches in the east, construction workers share their experience in order to inspire others to go. 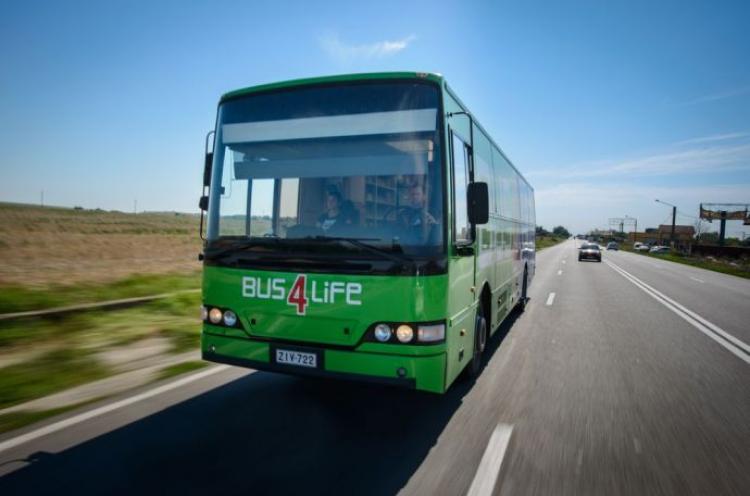 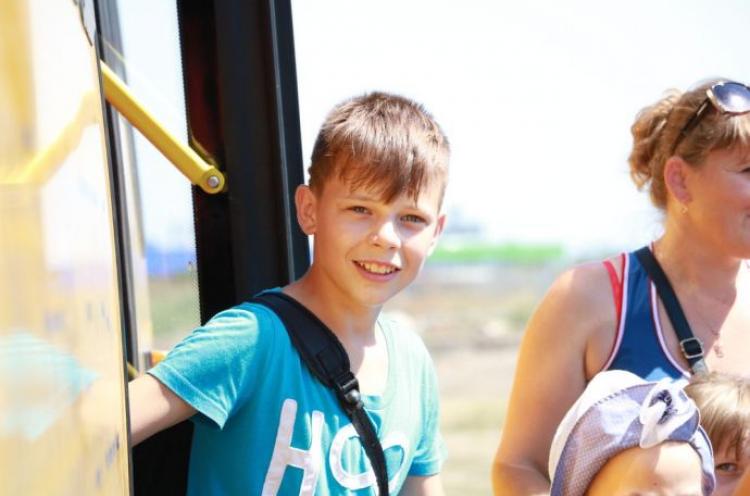