Tribal people called Wounaan, who live on a Panamanian island near the Colombian border, have been visited by a team of Logos Hope's volunteers, who shared their various cultures and unifying faith.

More than four decades ago, a pregnant young woman named Rosaura came to the mainland in Panama, knocking on doors in a neighbourhood occupied by North American residents and asking for help and food. Eventually she met a Christian couple who felt compelled to show compassion towards her. The couple welcomed her into their home, found her a job and shared the gospel with her.

The American woman who had welcomed Rosaura had the habit of spending many hours each day praying out loud in a language that she herself did not understand. It was when the two ladies started praying together, that they both realised this language was the dialect spoken in the Wounaan tribe, from which Rosaura had come. Thus began the indigenous young woman's grasp of the greatness of God.

Rosaura told Logos Hope's crewmembers that she was uncertain how she had come to be with the Wounaan tribe in the first place; nor does she know her own age. Once her child was born, she went back to the island and shared the gospel with the entire tribe. Most of its members have now become believers in Christ for themselves. A church nearby, called Gamboa Union Church, has been ministering the Wounaan community for the last 40 years. This church facilitated Logos Hope's interaction with the tribespeople.

The team used a canoe to get to the island and discovered that the community was virtually untouched by modern society. Crewmember Any Salazar (Mexico) noticed many crocodiles in the water and when she got to the village, she admitted being amazed by the way the huts were built, with wood and palm tree leaves. “They make absolutely everything themselves! And even though they are isolated, they are very open. They are so intelligent in every way – they make use of everything in nature,” she exclaimed.

While the crewmembers were sharing the gospel with the tribe and praying together, a group of visitors arrived and sat with them. A young girl approached Any and told her she had been on board Logos Hope in the Bahamas last year and had never expected to see the ship again. “God blessed this tribe so much," said Any. "And the tourists’ presence was a blessing too, because they got to hear our message as well.” 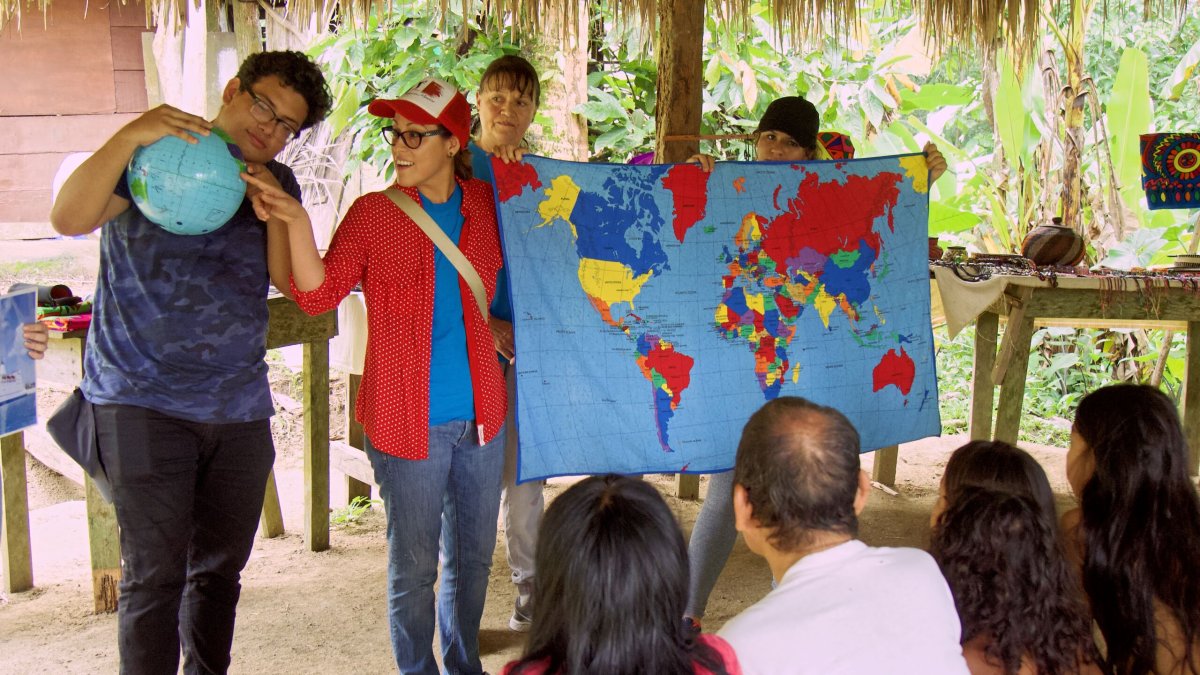 Balboa, Panama :: Any Salazar (Mexico) speaks about her home to members of the Wounaan tribe, an indigenous group in Panama. 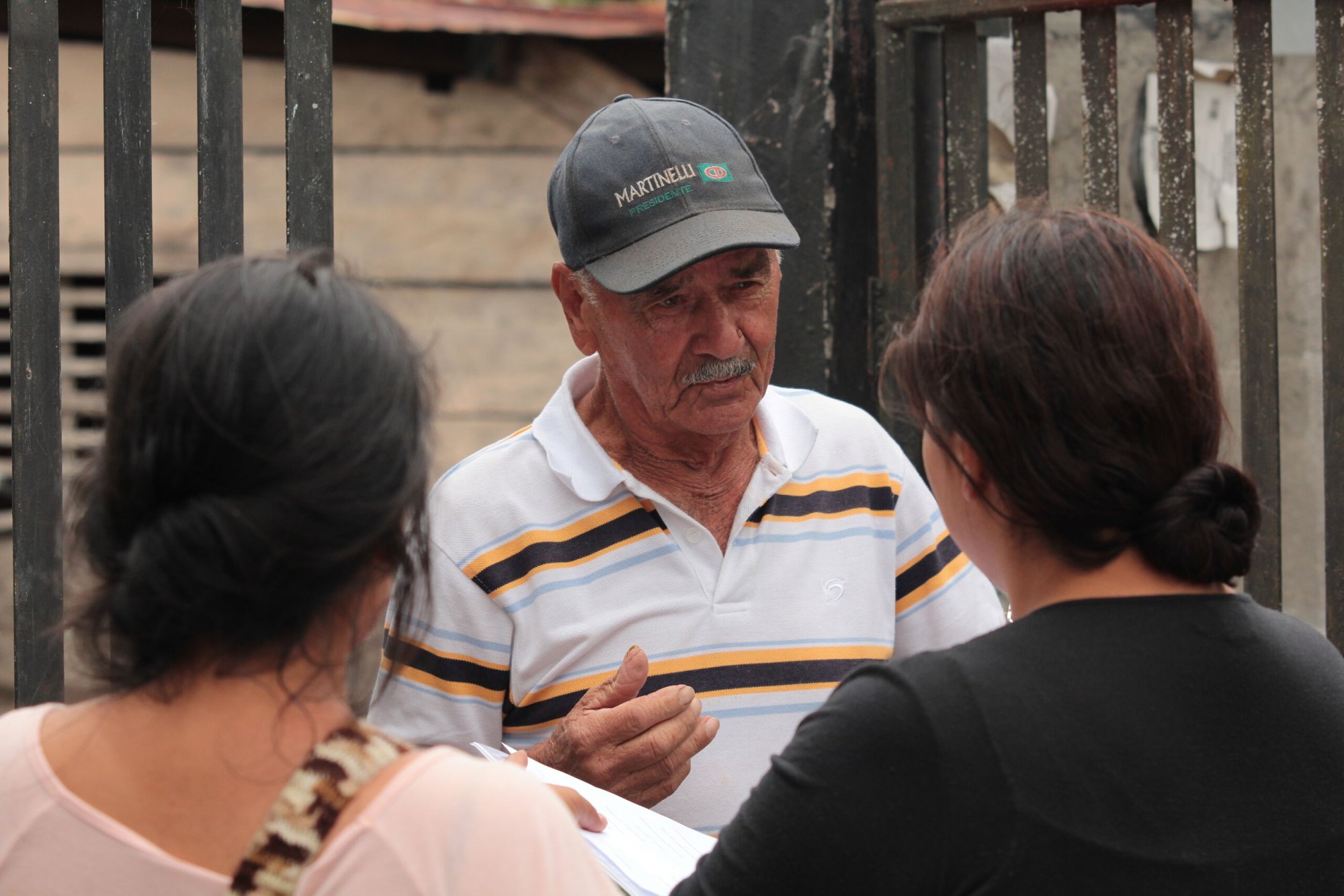 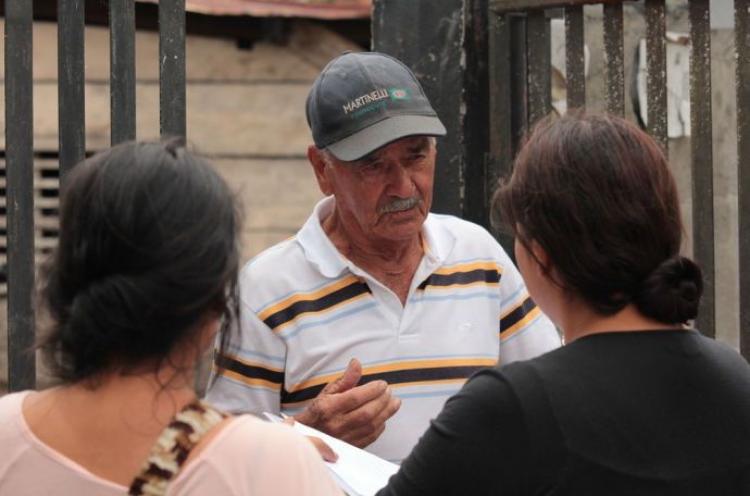 This is how God showed His power

Martin (Argentina) wasn’t sure whether short-term missions was his idea or God’s—until he went on an unforgettable 14-day outreach to Panama. 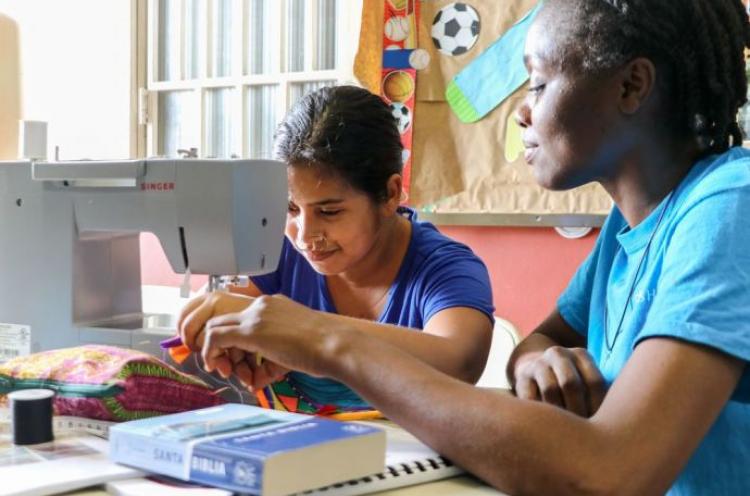 Balboa, Panama :: Crewmembers teach sewing skills to young mothers from a local tribe and donate sewing machines to the community. 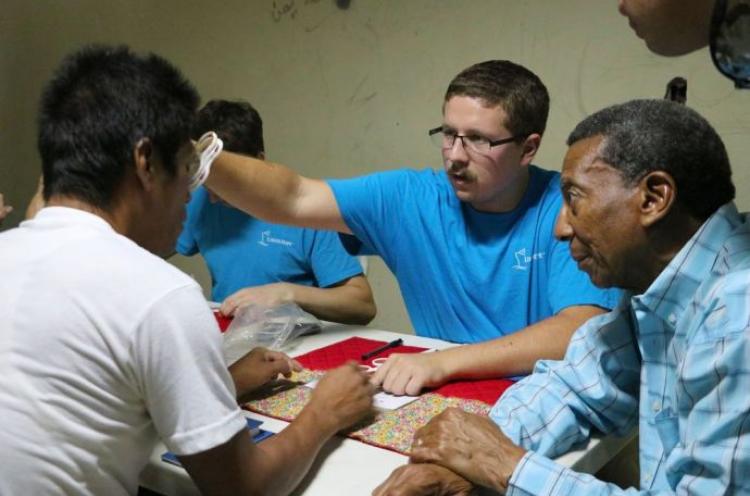 Balboa, Panama :: Logos Hope's volunteers make an uplifting visit to a shelter for migrant men, testing their eyesight and handing out reading glasses.