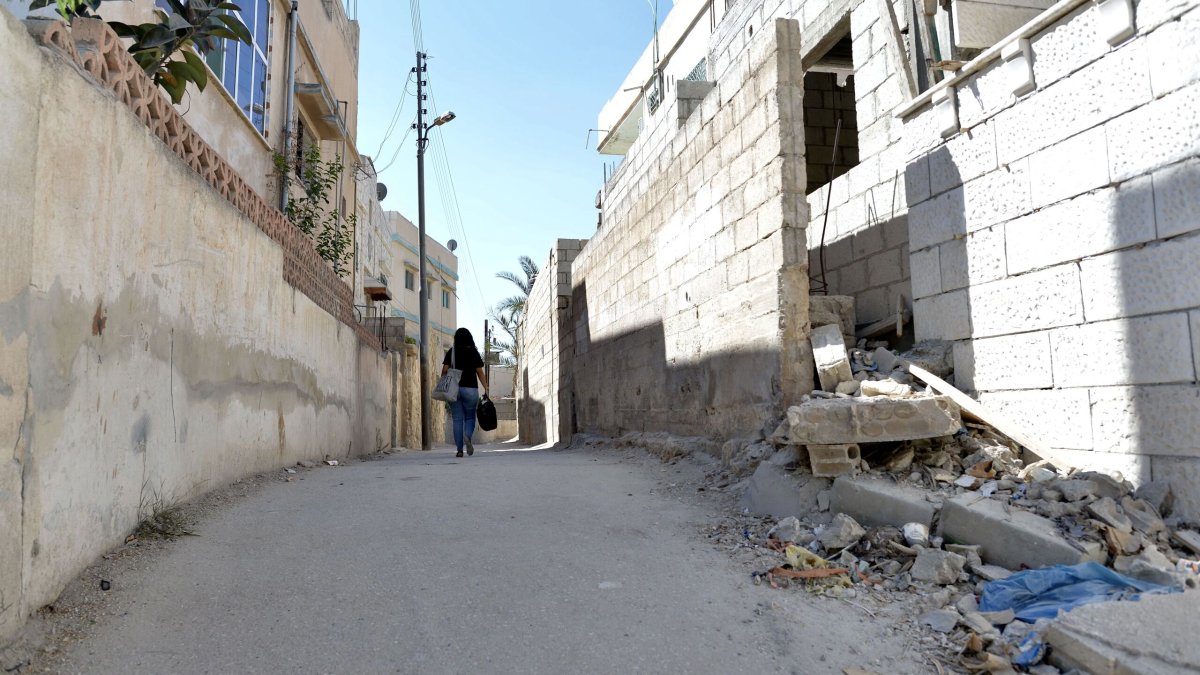 Sarah walks down a street on her way to a medical home visit. 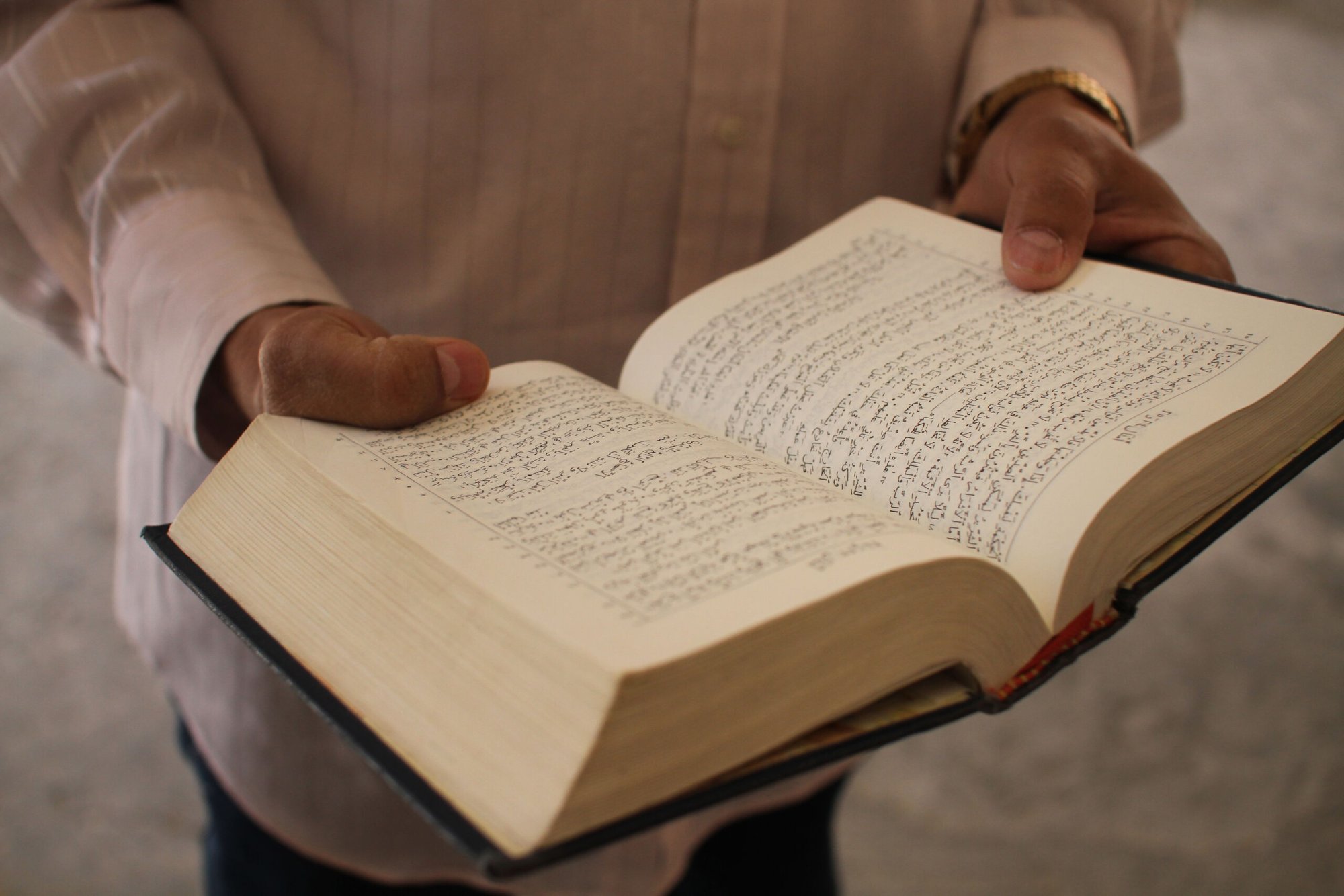 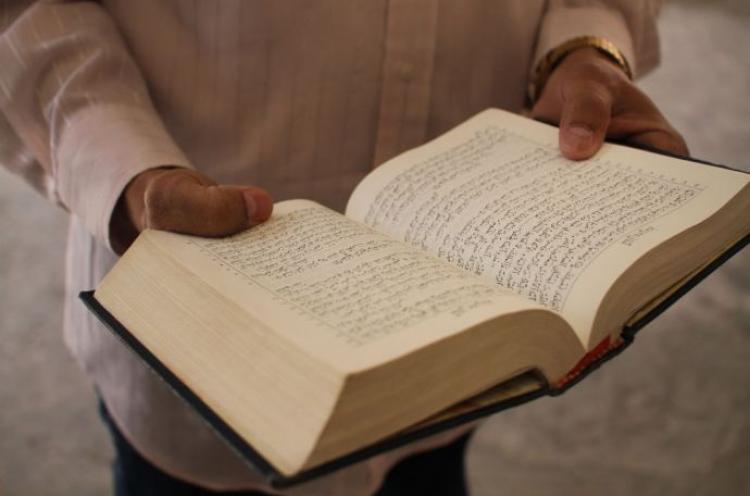 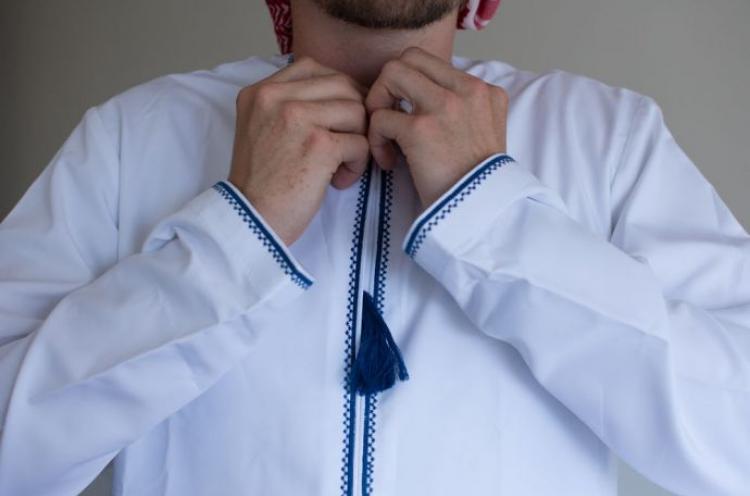 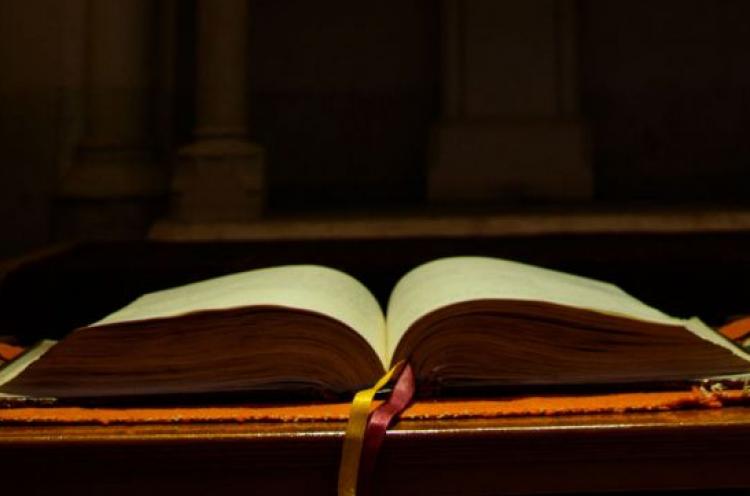