“God can use your passion to further His Kingdom,” Susan* shared.

It took Susan ten years after having a vision for missions, to leave her home in South Africa to serve in Central Asia. Susan became a Christian as a teenager during a time when she had a lot of anger and family problems. Since then, she has always felt a desire to share that love Christ has for her with others. While at university, Susan joined a church volleyball team where she learnt how God uses different passions to further His kingdom. “The volleyball coach not only taught us volleyball but also shared the gospel and discipled us. I knew right then and there I wanted to do the same and serve in missions,” she stated.

When Susan graduated in 2004, she decided to serve for two years on Doulos, one of OM’s previous ships, where she received further confirmation that she wanted to serve in one country long term. But “when I left for Doulos, everything happened so quick that I didn’t give my mother enough time to accept what I was doing,” explained Susan. “Once I came back home, I strongly felt like I needed her full approval the next time I went back out.”

During the period of waiting before her mother gave her full approval to return, Susan worked as an office manager, volunteered with an anti-human trafficking NGO and went on a short-term trip to Central Asia. Susan was drawn to the country where she now resides after hearing about the sports and anti-human trafficking ministries there.

By 2016, her mom finally understood and accepted Susan’s vision to serve in Central Asia, and she began the process of moving there that same year. Susan shared: “Honestly, getting used to the harsh winters, learning the language and feeling like you’ve lost some independence were the biggest challenges for me when I first moved here.”

After two years of learning the language and working through the challenges of settling in, Susan and two other teams focus on using sports to connect with the community and share the gospel message. For Susan, this looks like finding sporting clubs like volleyball and CrossFit to join and building relationships with her teammates. “It’s easy to make friends through sports because it’s such a big part of their culture and it always brings people together. We chat during practice and sometimes go out for tea or to share a meal. As a foreigner, they are always curious to know what I believe in, why I came to their country or why I’m learning their language,” she explained.

While building friendships is easy, building trust and going deep in conversation takes time within the community. After almost four years of playing volleyball with her team, they only recently shared that they now trust Susan and want to spend more time with her outside of practice. During Ramadan last year, Susan had the opportunity to share that Christians fast with one of these volleyball team members. Though he was shocked to learn that Jesus followers also fast, it led to him sharing more deeply with Susan about some of his family issues and thoughts on faith.

From the start of a spiritual conversation to someone professing faith in Christ, Susan and her team see any open door as a reason to rejoice. Recently, they saw one of the local coaches come to faith in Christ after four years of being mentored by the head coach, who is a believer. “One of our teams hires locals and trains them to be coaches in various sports. Through the training, they can see how we live out our faith by the way we talk to players, teach them and care for them. This one guy has been observing us for years, and after asking for a Bible, he just came to us one day and said he wants to believe in Jesus because only God can change him,” explained Susan.

For people choosing to believe in Jesus, sharing their faith with others in this Muslim-majority region can be a long journey. Susan has been meeting with Jena* for a few years since she expressed interest in learning English by studying the Bible. According to Susan: “Jena is fearless and persistent to study God’s Word even in public places; she continues to be fearful to share with her family about what she’s been reading.” Jena couldn’t fathom the idea of letting her family know that she’s even interested in Christianity. When Susan visited her home a couple of times, Jena always reminded her not to share their biblical conversations with her family.

After six years living in Central Asia, Susan hopes to see more seekers and people confessing faith in Christ. She also hopes that sports ministries can be a place of refuge for people to explore what they believe and why. “When I wasn’t a Christian as a teenager, my coach was someone I could go to for help with anything in life and confide in them,” remembered Susan. “I hope that for us, we can also be that person for those we serve, and they can trust us enough to know we are there for them. Through this, we, as Christians, can give others the true hope we have in Christ.”

Pray for Susan as she continues to work on her language skills and build relationships through sports. Pray for seekers and new believers to be strengthened to live out their faith and have the wisdom to share Truth with their families and friends. 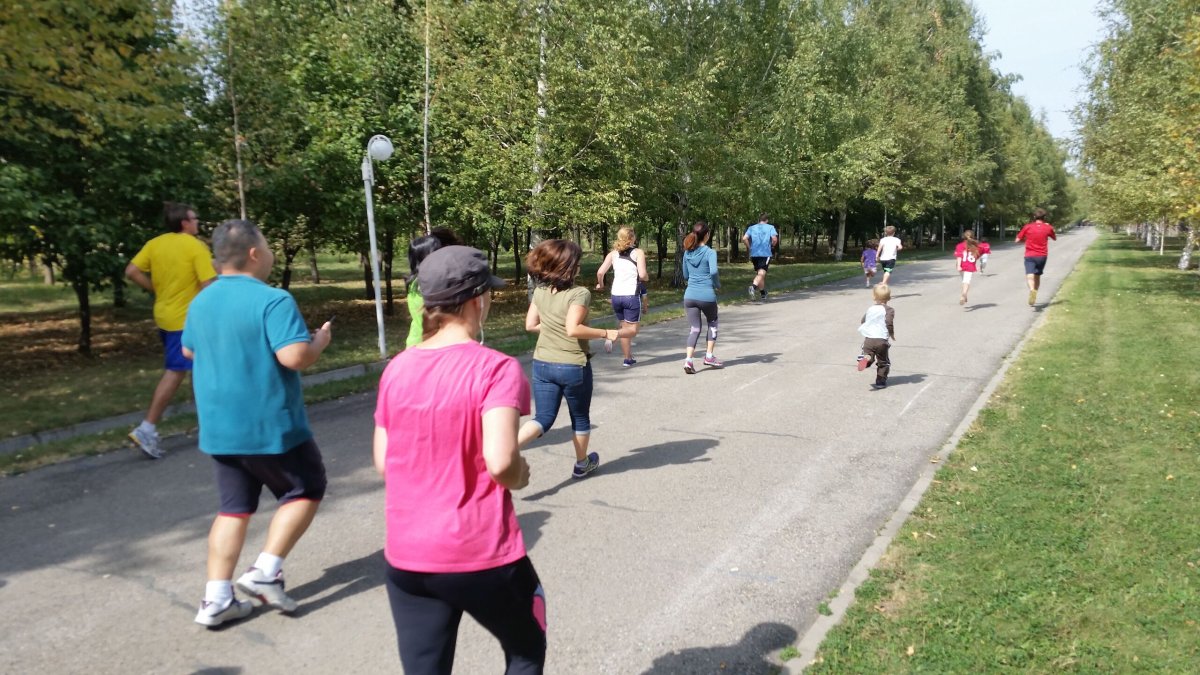 A dozen people of various ages run through a Central Asian park. 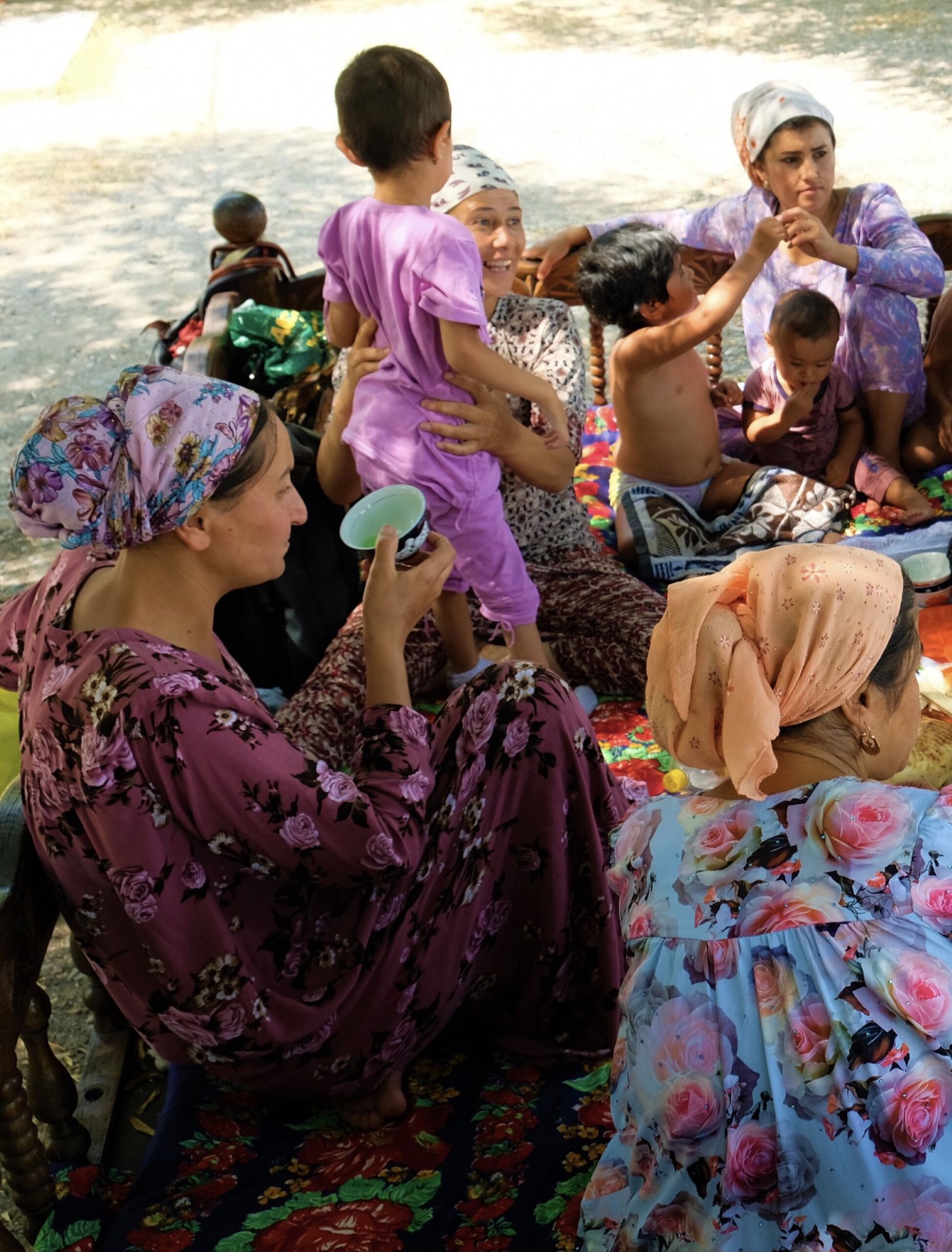 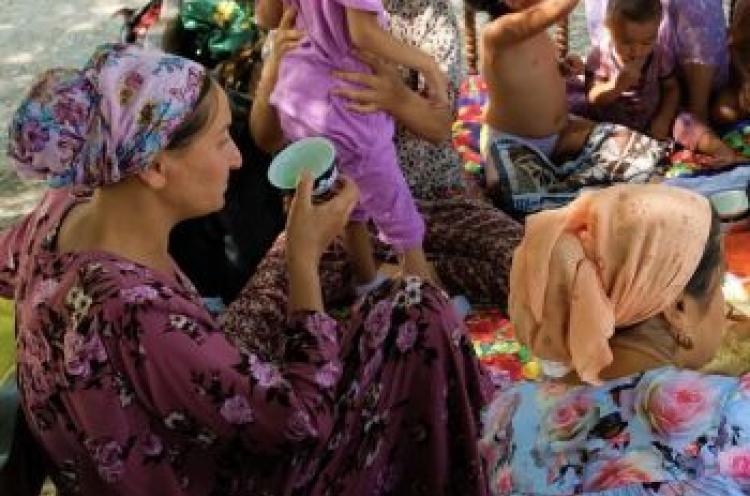 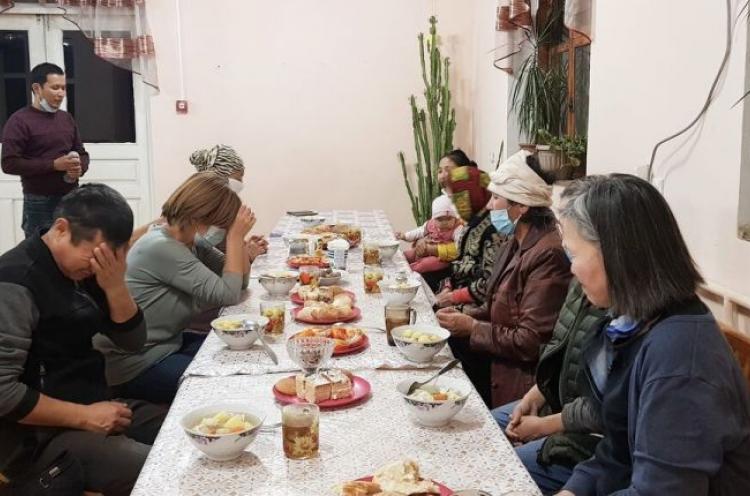 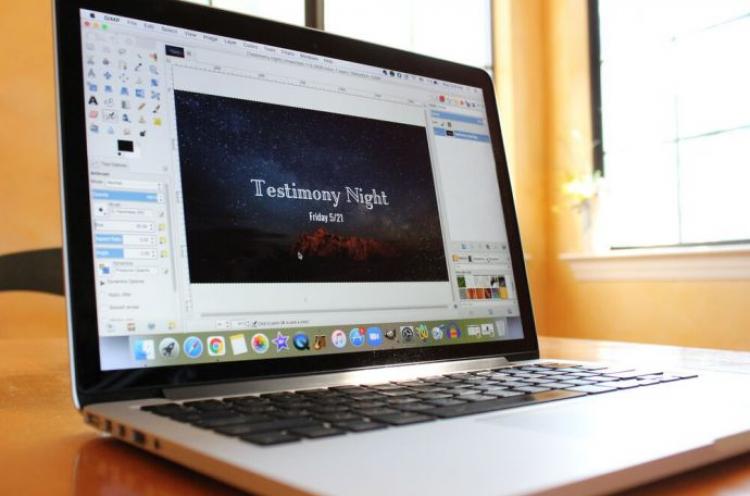 Nothing is a waste

While waiting to move abroad, Cloe is using this time at home to be involved in a different kind of ministry.