Just four months ago around 50 people were attending the Turkish-speaking church Deniz, an OM worker in London, leads. Since the UK went into lockdown to curb the spread of COVID-19, up to 1,600 people have tuned in for the live-streamed service each Sunday. Deniz says: “This is one of the biggest opportunities we have to reach unreached people with the gospel. I have never been busier with telephone calls, new social media and writing and recording online sessions.”

“Most people do not think of the UK as unreached,” explains Deniz. Yet there are thousands of Turks in the UK who do not know the love of Christ. Having such a significant population of unreached people in the UK presents a great opportunity for sharing the gospel. That said, workers like Deniz are encountering some hurdles. Because many members of the Turkish community speak poor English, they struggle to find jobs that pay a fair wage and may be forced to work long hours to support themselves. “They work as many as 12 hours a day, sometimes seven days a week,” Deniz says. This leaves little time for rest, let alone spiritual exploration and growth.

There are challenges among the Turkish believers too; Deniz finds that many people coming to the UK as Christians come from shaky theological backgrounds. Although believers may no longer follow false teachings, deep-rooted misconceptions can mean they are unable to sustain themselves spiritually and may be very dependent on external workers.

“So what we are doing,” says Deniz, “is trying to build them up and encourage them to study Scripture for themselves, so they are able to teach others.”

He shares that multiple Turkish fellowship groups meet regularly, and five churches and other house groups are starting. Despite the obstacles, workers have seen the gospel change the lives of both believers and non-believers.

“I think a lot of them are people who desire to know God and see how that applies to their life,” says Deniz. “There was one Muslim lady who came [to our house group] for eight months after she saw Jesus in a dream. She accepted Christ—it was a real joy for us. Now she brings another friend who is Muslim—she has not accepted Christ yet, but she has been coming for eight weeks.”

Deniz’s own testimony is a reminder of God’s faithfulness in working through even the smallest ministries. “Key to me coming to faith in Jesus were the people around me,” he shares. Brought up in a nominally Muslim family, Deniz was first introduced to Jesus as a child—by a 15-year-old girl leading Bible studies for her peers in her basement. He saw the vibrancy of her faith in Jesus and wanted to know Him for himself. This was the point of no turning back for Deniz. Later in life, the inspiration of prison ministry in Bulgaria (where he grew up) and an encounter with a prisoner made him realise he wanted to be more active in sharing his faith.

“So you see,” he says, “people come to faith in very different ways, and we see how God shapes them.”

The work among Turkish people can be slow, according to Deniz; it takes a lot of time, energy and visits to people. There is much work still to be done, and many have yet to hear the gospel, but God dearly loves the Turkish people, and they are not forgotten.

A season of new possibilities

Hope-filled, Deniz sees this time as a season of new possibilities within the Turkish community he serves. In the UK, church buildings have been closed since March and are only beginning to re-open to the public now within the parameters of social distancing. It could be tempting to see this last season as lost months for the church, but Deniz is humbled and amazed to see that the church he is a part of is thriving.

“The hunger people have for Christ at the moment is fascinating,” he shares, noting that many in the Turkish community are searching for meaning in a more urgent and genuine way. “We can help people see what’s important in life and where they are going spiritually in their lives.”

“It is hard that we can’t meet together in person,” Deniz says, recognising the immeasurable value of physical connection, “but on the other hand, people are asking questions and we are connected to more people than we would normally be. Many people have spent months at home and have had more time to engage with things online; including non-believers and sometimes whole families.”

Alongside live-streamed services, Deniz has been running Bible studies over video-call to connect with those who are asking questions and wanting to know more, following up with personal phone calls where possible. “There was one guy I chatted with on the phone for over an hour one day,” Deniz recalls. “He had moved to England and found that his life was just work, work, work. He was wondering: ‘what am I doing here?’ and was asking questions about my faith in God.”

Deniz is amazed to find that he has a constant flow of these conversations; people seeking truth and asking questions. He now has four new believers wanting to be baptised. “I know that God is moving through this challenging situation,” he shares with confidence.

As life amid COVID continues, Deniz maintains a vision to reach people where they are. How this manifests is constantly changing. After so many months, people are tired of video meetings. But now there are more opportunities to go and meet with people while keeping social distance. Deniz recently travelled 50 miles to meet with a Turkish man who wanted to come to Christ and pray with another believer in person.

“[I’m] not inviting people to come to my table,” he explains, “but I will come and serve you at your table.” 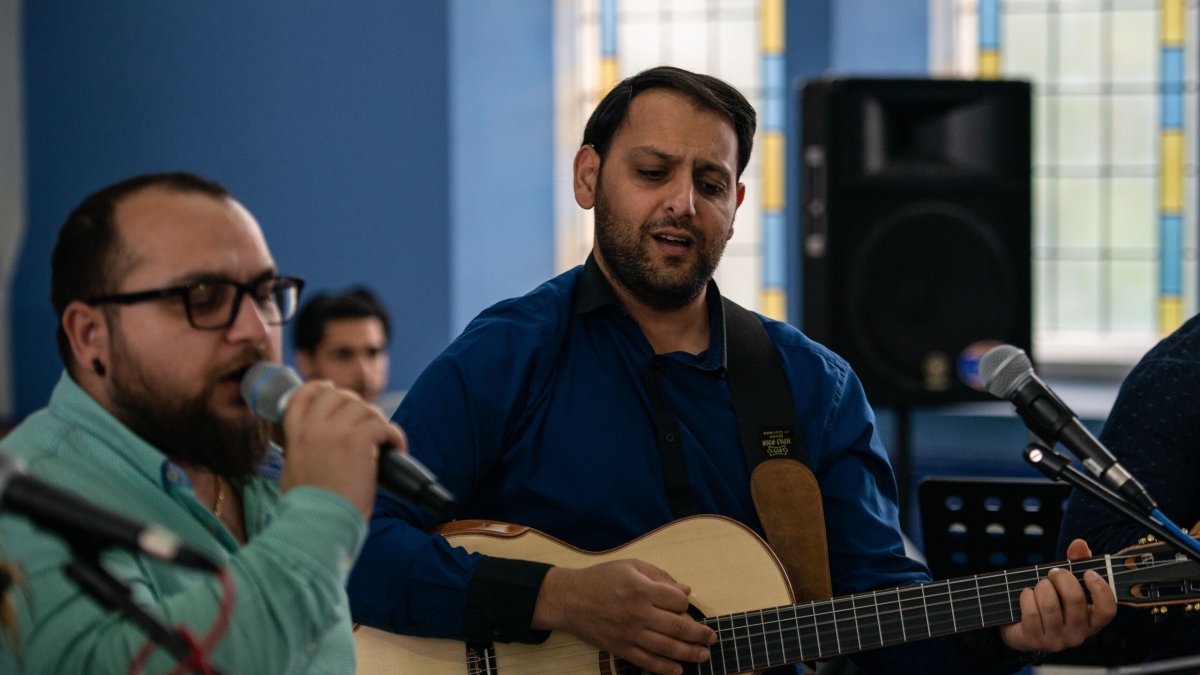 Turks from the community gather and worship at a nearby Turkish speaking church plant in the UK. Photo by Garrett N. 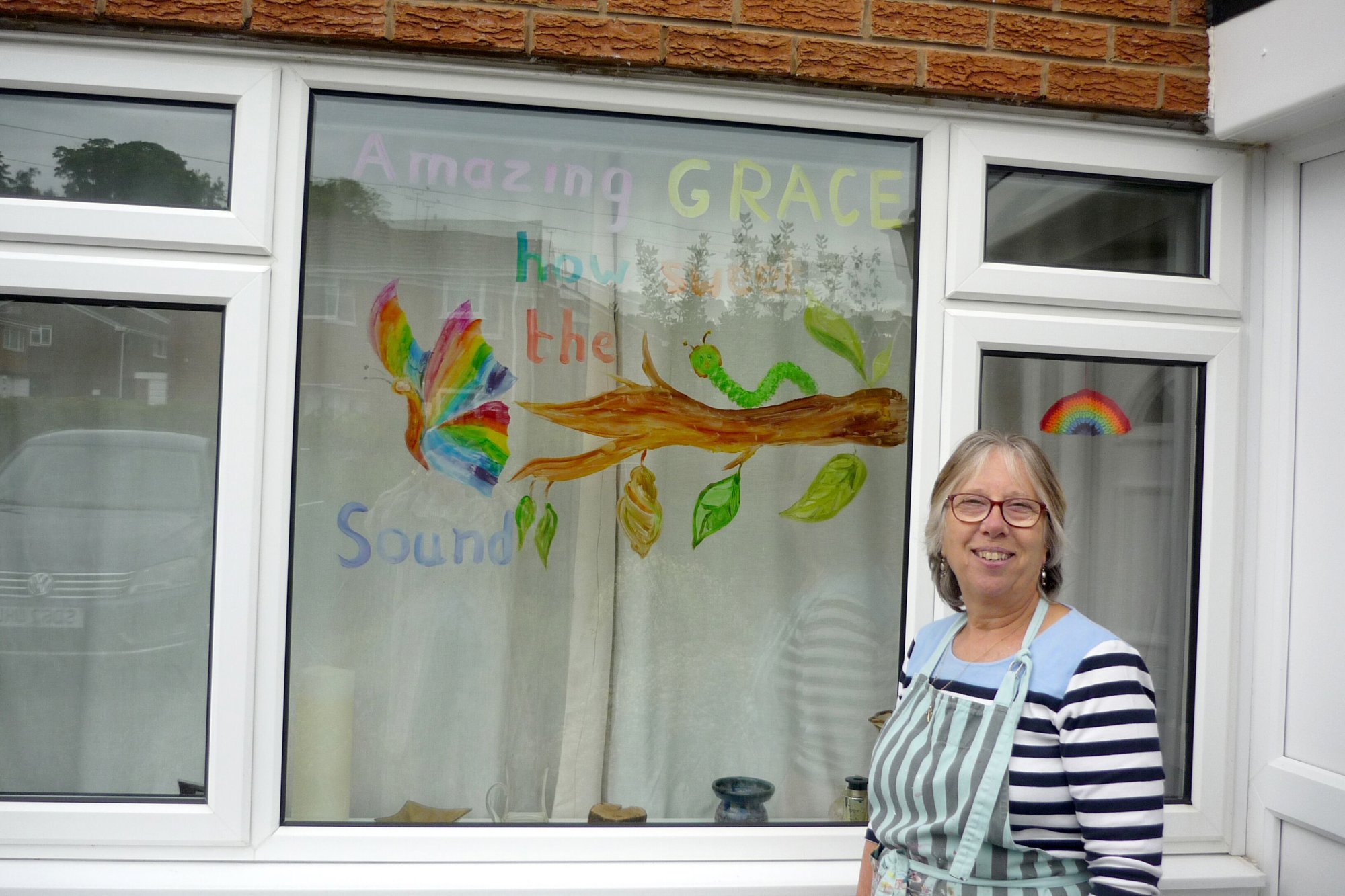 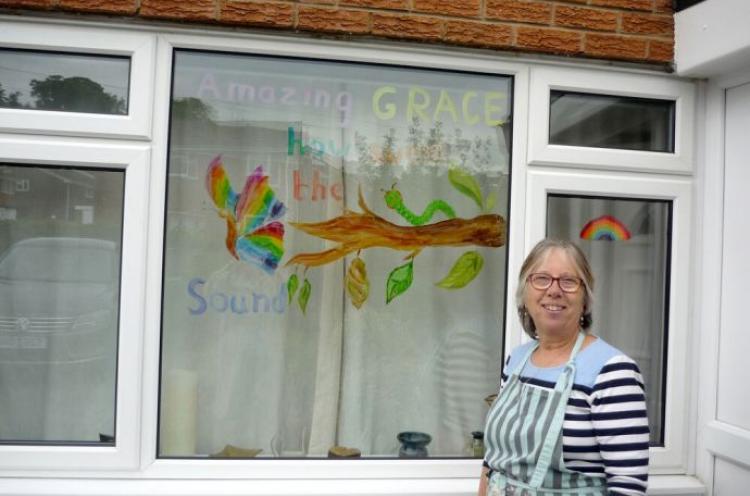 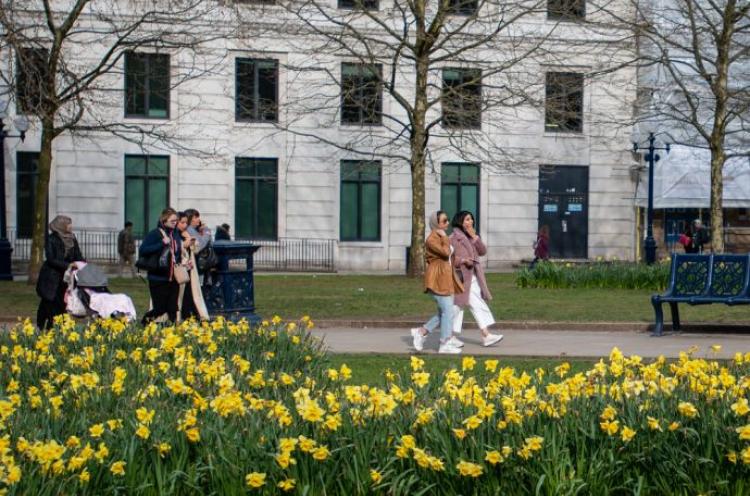 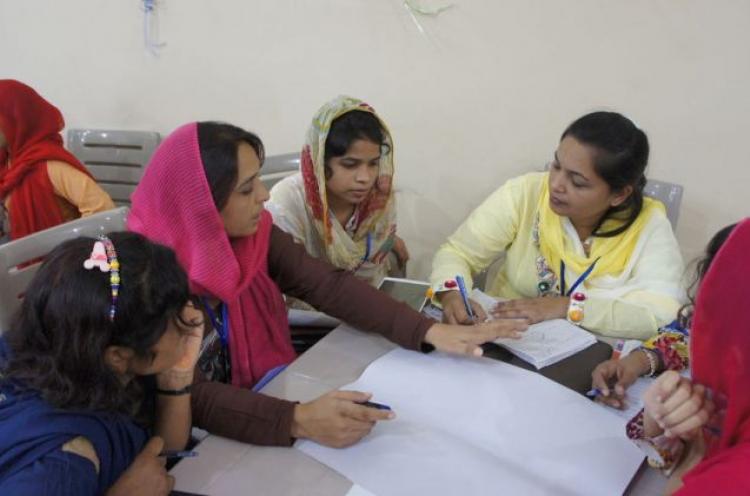