Guatemala is located in Central America, bordering Mexico, Belize, Honduras and El Salvador. All of Guatemala’s major cities are situated in the southern half of the country— the nation’s capital Guatemala City, Quetzaltenango and Escuintla.

Influences of the Maya and the Spanish colonists are strong throughout Guatemala, creating a rich and distinctive culture. Much of the clothing and food is still made in the traditional Mayan way in small villages in the highlands, and many Mayan ruins can be found throughout the country. Along the small Caribbean coast, there are influences of African culture in the religious ceremonial songs, dances and food. This diverse history and the natural beauty of the land have created a country rich in interesting and scenic sites.

The prominent religions in Guatemala are Roman Catholic, Protestant and indigenous Mayan beliefs. Sixty percent of the country speaks Spanish, while the other 40 percent speaks Amerindian languages, including 23 officially recognized Amerindian languages. 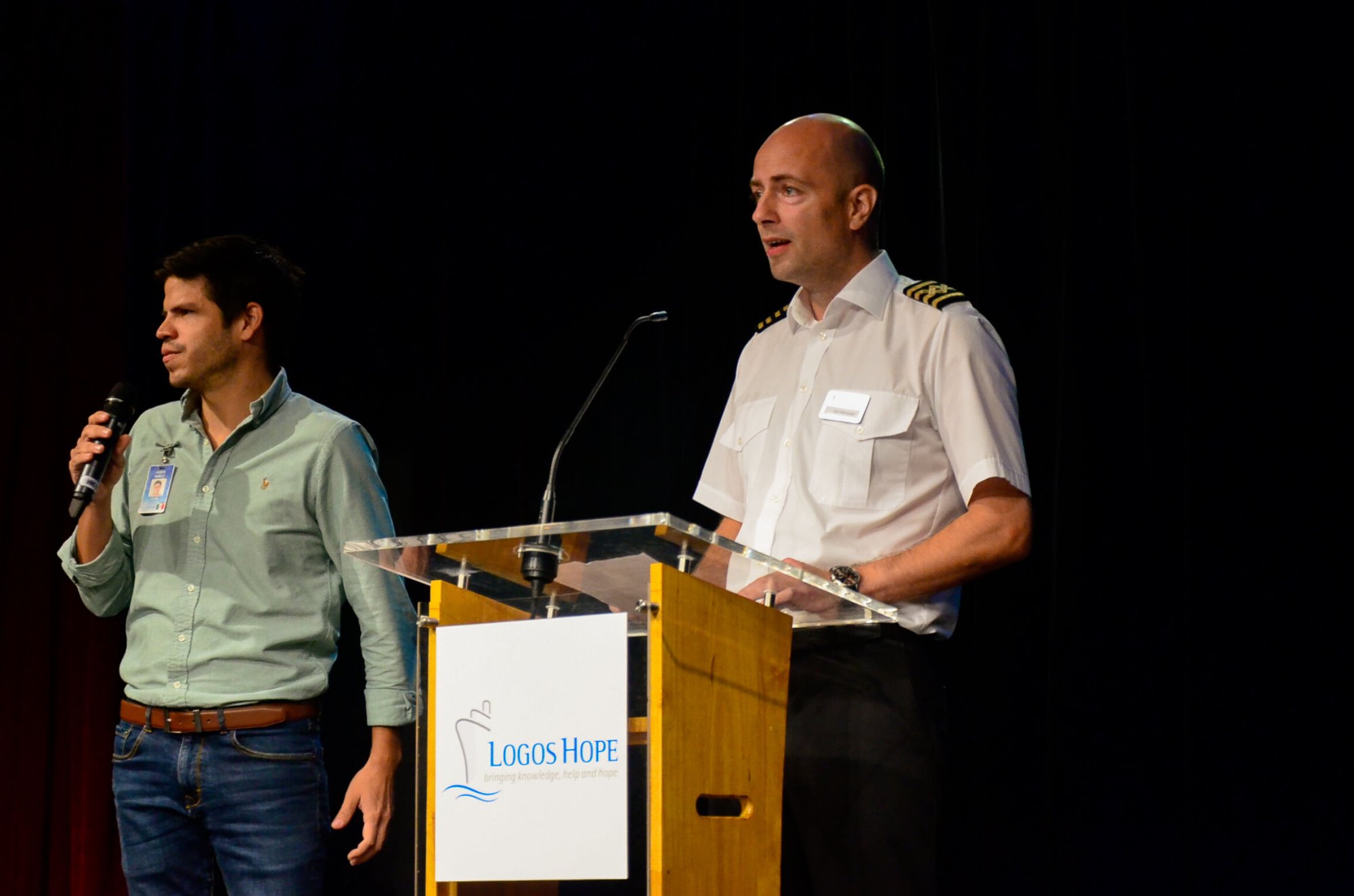 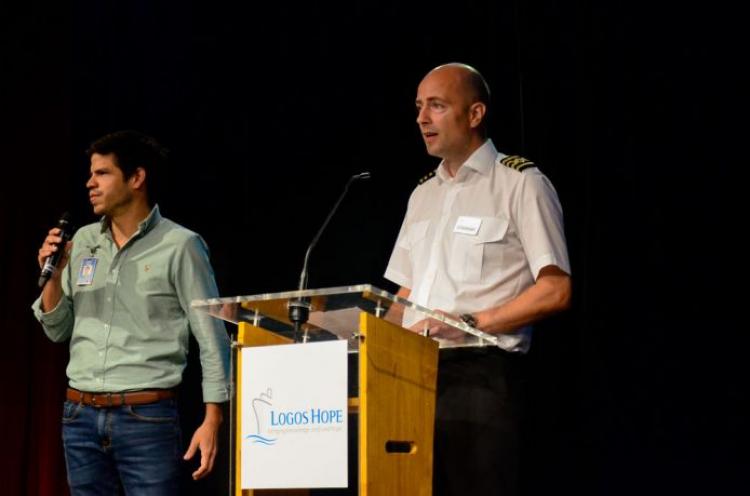 Puerto Quetzal, Guatemala :: An event takes place on board Logos Hope to thank the port authorities for their help - and encourage them to share hope. 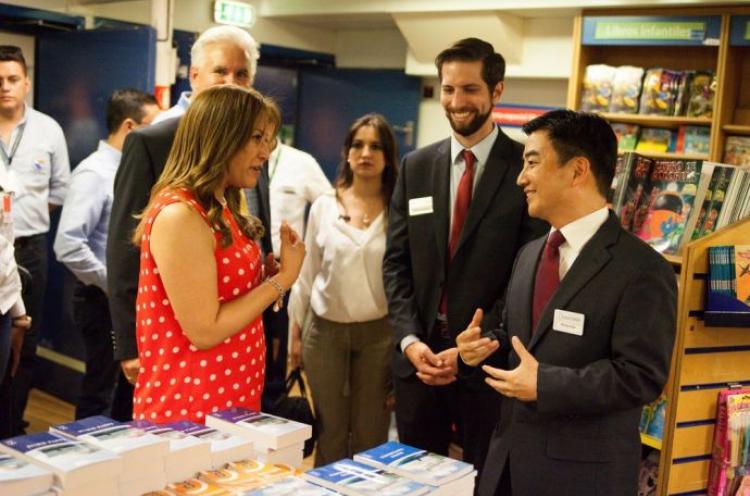