It all began with a visit to five African countries. As Communications Director of OM in South Africa, Rosemary Hack (UK) accompanied journalist Debbie Meroff (USA) in research on HIV and AIDS in Africa, and the response of the national and international church as commissioned by George Verwer, OM's founder and, at the time, International Director. Their findings powerfully impacted Rose’s career path for the next 16 years. AIDSLink was formed in 2005 and Rose took the challenge of leading it. She recently handed the leadership over to Joshua Chishala (Zambia) and reflects on how God transformed her during that time.

How it all started

“Our visit changed my perspective,” recalls Rose. She recognised how the familiar role of the church to bring hope through education, and medical aid could support HIV sufferers and their communities. She took on OM’s challenge: “If something needs doing, why don't you do it?”

It wasn’t the first time in her life for Rose to take on a life-changing challenge. She became a Jesus follower at the age of 16.  After studying fashion design in Manchester, England, God challenged her through friends and Bible studies, with “making people just look nice on the outside, when they’re dying on the inside.”

Hearing Peter Maiden, an OM leader, she decided to “very generously give God a month of my life.” That month [in 1979] in Belgium became travelling on the Ships, living in India and the Middle East, before using her experience to help equip and train others in South Africa and start AIDSLink in 2005.

Although now acknowledged as a world problem, in 2005, HIV was perceived in the West as a ‘gay issue,’ or an African problem. “However,” says Rose, “it is a human issue, affecting many, disproportionately, on a global scale. As in Africa, it targets the poor, the vulnerable, women, drug users: people marginalised along the fault lines of society.” Just as OM has worked holistically across the globe for over fifty decades, so AIDSLink would try to respond to HIV as Jesus followers.

Rose sought appropriate training for future AIDSLink workers through the programme called Channels of Hope. AIDSLink then developed its training of trainers and brought awareness of HIV. “I was able to use my communications skills and expertise but had a huge learning curve to acquire medical knowledge, the social implications and how justice and injustices abound,” she explains.

Rose began networking with existing workers in South Africa and India to learn from their experiences. Together they could support each other’s vision and act as catalysts to bring about cross-field co-operation, promoting global awareness of AIDS.

“God seemed to bring strategic people who could explain the global and national situation, and what needed to be done,” marvels Rose. It gave people living with HIV a platform to express what it was like to live with HIV, and support others in the same situation through the programmes and share their stories of hope. However, the stigma remained in many cultures: “It’s just not something people like to talk about anywhere in the world, so it drives HIV underground,” Rose points out.

Many of the problems surrounding HIV and AIDS are embedded in the system. Magic Johnson, one of basketball’s greatest athletes, announced in 1991 he was living with HIV. HIV was then a death sentence, as effective HIV medications were not widely available. However, he could access effective medication because he lived in the USA.

Rose underlines the discrimination of poverty, where the poor are unable to access treatment, testing and medication tailored to individual needs. “If you're in an African or Nepali village, you are not going to get such treatment, but are more vulnerable to infection,” Rose said.

Whilst organisations such as the World Health Organisation (WHO), UNAIDS and international governments are crucial for treatment change, AIDSLink is able to network with medical aid to provide social care and support, promoting hope and the reason to live. “In one country we worked in, most of the AIDSLink staff were living with HIV. As others accessed their help, they were encouraged to see people could live positively with HIV. That changed their own attitudes to this devastating infection,” reports Rose.

Whilst many still die every day: “In 2020, around 690,000 people died from AIDS-related illnesses worldwide, compared with 1.2 million in 2010, an estimated 1.5 million individuals worldwide acquired HIV in 2020 – a 30 per cent decline in new HIV infections since 2010*”. However, the recent coronavirus pandemic has compromised immune systems, thus reducing hope for the disadvantaged. But the rate of preventing mother to child transmission has resulted in fewer children born with HIV today. “Mothers can now attend pre-natal clinics for pre-testing and suitable medication, positively influencing transmission to others,” says Rose. The fight continues to see the numbers decline.

“This whole journey with HIV has caused me to read the Bible with different eyes,” reflects Rose. “As I read the Old Testament, there's so much about welcoming the foreigner, the stranger and helping the widows and the orphans. Then I see Jesus’ emphasis on the most marginalised. He welcomed the woman with the issue of blood who was ostracized and ritually unclean, back into the community, and declared her clean and healed. Both ‘religiously’ and spiritually. The issue then, as now, includes the poor and oppressed. It brought me to bigger issues beyond HIV as I read the Bible: God’s justice is entwined with mercy.”

Rose continues: “With AIDSLink I worked with some great people. They were the ones at the coalface, sweating and suffering, coming alongside as things grew. As with most ministries, we started small, and God increased the capacity.”

One person who was living with HIV in South Asia was “an inspiration in the way he lived. I asked him once: 'If you could go back and be HIV negative, would you?' And he said: 'No because now I know Jesus, and now I can help people.'”

Rose’s 16 years leading AIDSLink has brought both highs and lows. She is concerned that the world’s focus appears to move away whilst HIV is still a stigmatising and discriminating global problem that needs to challenge society’s outlook for the long term. But she has no doubt God can do that.

In June 2021, Rose enthusiastically handed over to Joshua Chishala, whom she knows well. Joshua has led the AIDSLink Ministry in Zambia as a key pioneer, with a passion to transmit hope to marginalised people, especially those without hope and without Christ. Joshua first met someone living with HIV when working in Malawi some years earlier, and later stepped forward for Channels of Hope training to work with AIDSLink. He was surprised by the invitation to leadership.

“I had to wrestle with it,” he honestly reflects. “I have the passion, but I wasn’t sure how to take over from Rose. She has done such a good job – even the transition handover was brilliant! But others took time to offer their support and affirmation. My aim is to be a biblical leader, with God’s heart to build individuals, build the team and let the work grow, change and flourish.”

Rose very much looks forward to how Joshua will take AIDSLink forward. “My wish is that he finds joy in AIDSLink. If you're doing something and you're motivated and you find joy, that's what keeps you motivated,” she says.

South Africa: Designed by God to transform from the inside - New AIDSLink leader. 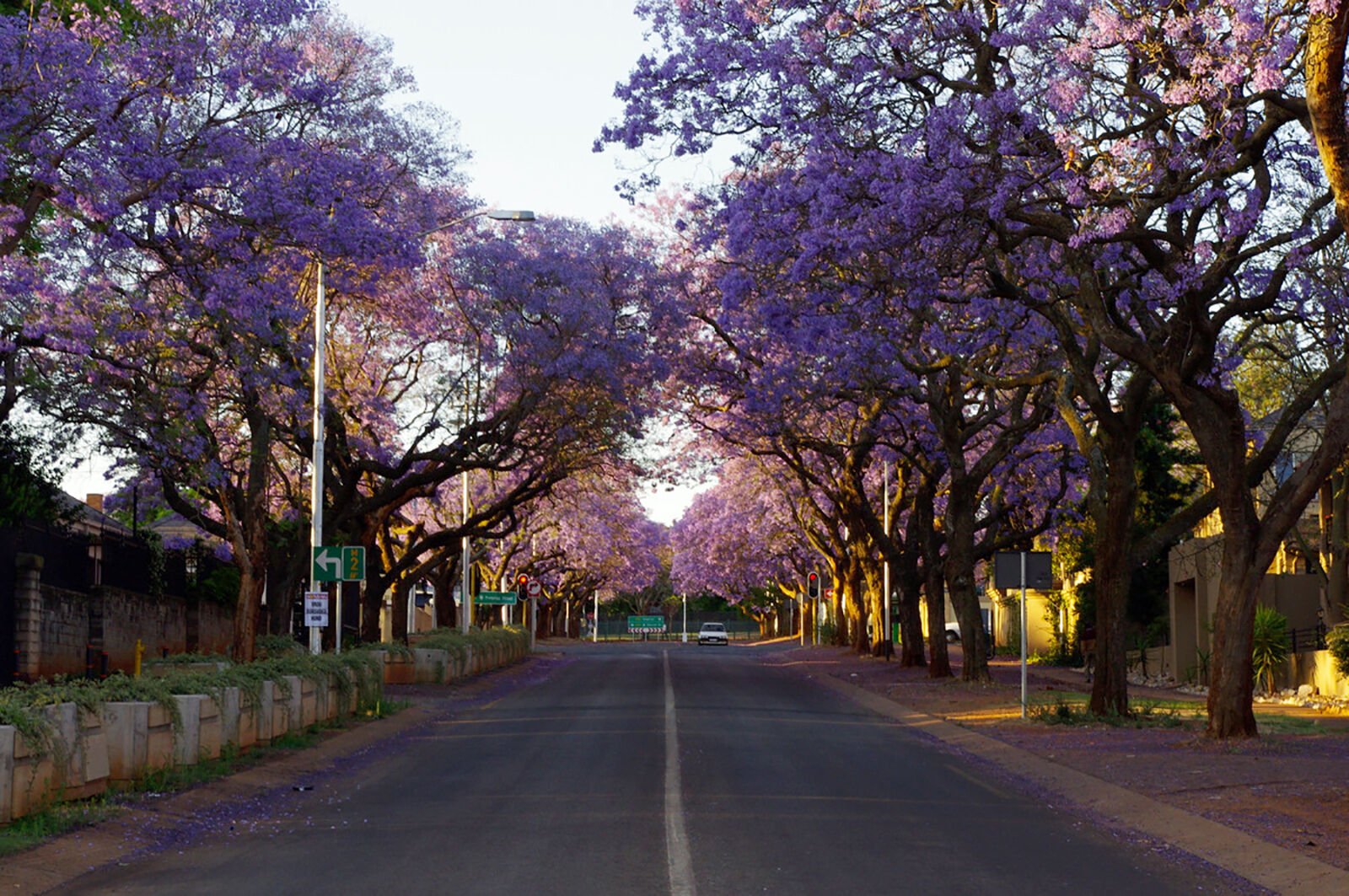 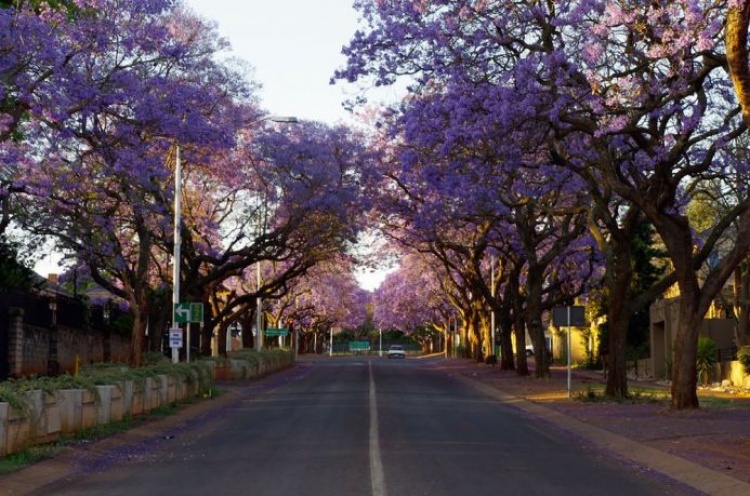 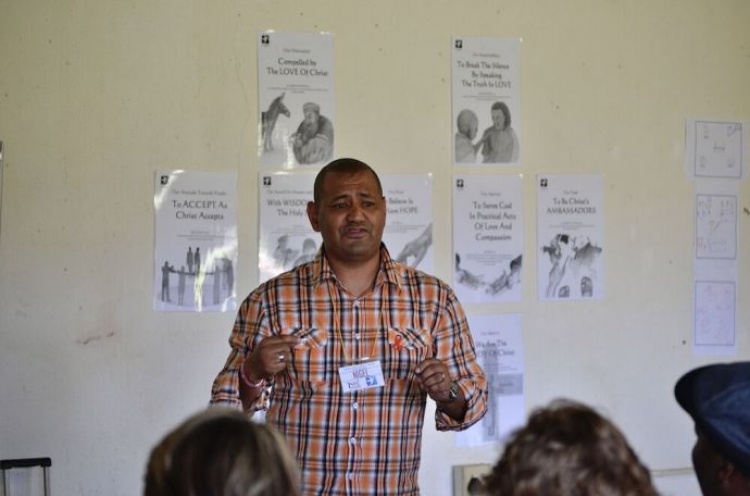 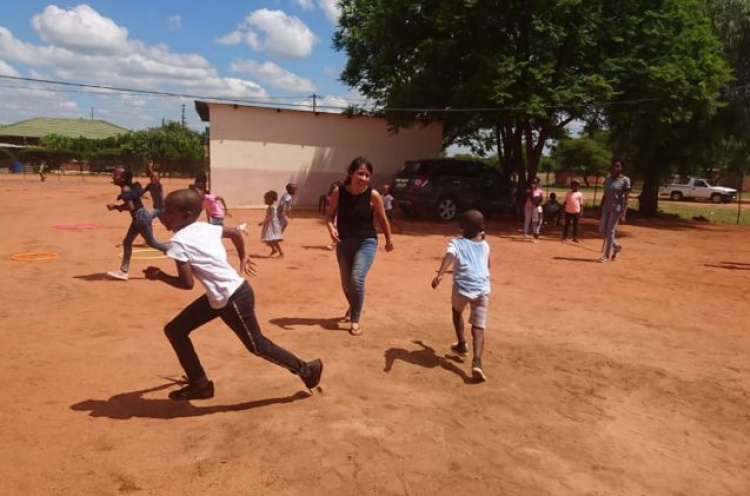